0
info@technicalistechnical.com
Table of Contents hide
What is 5G?
When will 5G launch?
How fast is 5G?

5G networks are the next generation of mobile internet connectivity, offering faster speeds and more reliable connections on smartphones and other devices than ever before.

Combining cutting-edge network technology and the latest high-specced devices, 5G should offer connections that are multitudes faster than current hookups, with average download speeds of around 1GBps expected to soon be the norm.

The networks are expected to supercharge Internet of Things technology, providing the infrastructure needed to carry huge amounts of data that allows for a smarter and more connected world.

5G networks are already starting to appear and are expected to launch across the world by 2020, working alongside existing 3G and 4G technology to provide speedier connections that stay online no matter where you are.

When will 5G launch?

Verizon surprised most of the world by launching its 5G network at the start of April 2019, making it the first globally to offer the next-generation network.

By the end of 2019, Verizon 5G has gone live in parts of 31 cities, starting with Chicago and reaching Los Angeles, New York City, Atlanta, Dallas, and filtering to smaller cities like Memphis, Columbus, and Grand Rapids. It’s planning even more in 2020, unsurprisingly.

In Chicago, US we’ve managed to obtain speeds of up to 1.4Gbps, which is massively faster than 4G’s theoretical top speed of 300Mbps (although average speeds tend to be below 100Mbps).

However, Verizon’s 5G coverage is patchy given its use of the ultra-high-speed but low-area mmWave tech – specifically in the 28 Ghz and 39 Ghz spectrums – so it’s more accurate to say it’s live in neighborhoods and areas within those cities – at least for now. We experienced this patchiness firsthand and had to move around the city’s various 5G masts to get this top speed, though we managed to get around 1Gbps quite consistently.

T-Mobile went for a different strategy, especially since the company spent much of 2019 in eventually successful negotiations to merge with rival telecom Sprint. While T-Mobile also uses some 28 Ghz mmWave frequencies, T-Mobile 5G‘s broader expansion also includes sub-600 Mhz frequencies that reach much farther to provide for suburban and rural communities but deliver lower speeds.

READ:  QuickBooks Desktop vs Online: Which is better for your business?

So T-Mobile’s mmWave coverage went live in New York City, Los Angeles, Dallas, and Las Vegas in June 2019 with plans to reach a total of 30 cities by year’s end. The only phone that could harness 5G was, unsurprisingly, the Samsung Galaxy S10 5G.

That was all in preparation for a sweeping nationwide 5G launch event at the lower 600 Mhz frequencies in December 2019. This launch, the company claims, activated coverage across 1 million square miles of US area to reach 60% of Americans.

The carrier has two phones for that 600 Mhz spectrum: the Samsung Galaxy Note 10 Plus 5G and the OnePlus 7T Pro 5G McLaren Edition.

Sprint opted for a middle-of-the-road frequency approach with the so-called ‘mid-band’ 2.5 Ghz, which was likely picked to complement T-Mobile’s high and low bands.

Sprint 5G went live in Chicago, Atlanta, Dallas-Fort Worth, and Kansas City in May 2019, then New York City, Washington D.C., Phoenix, and Los Angeles in August, with more cities to follow.

The carrier supports the Samsung Galaxy S10 5G, LG V50 ThinQ, and US-exclusive OnePlus 7T 5G, along with the HTC 5G Hub – a 5G hotspot, not a phone.

AT&T had the most limited investment in 5G. After a late 2018 launch, the carrier went so far as to expand to seven more cities including Austin, Los Angeles, San Francisco and Orlando in April 2019 but still didn’t have a phone, relying on the 5G Netgear Nighthawk mobile hotspot for service.

Instead, the carrier burned consumer confidence by hyping ‘5Ge’ or 5G Evolution, a soupled-up 4G service AT&T claimed included 5G tech – claims that were criticized across the tech and telecom sphere.

UK carriers had a similarly expansive year, likewise reaching cities and townships but not blanketing the majority of the country. See our 5G in the UK page for specifics on each carrier.

EE was the first UK carrier to launch its 5G network, switching it on in six cities on May 30 2019. By the end of 2019, it’s expanded to 50 towns and cities from London to Edinburgh, including Birmingham, Belfast, Manchester, Liverpool, Leeds, Glasgow, and Wolverhampton.

Like the US networks, though, these networks cover some but not all areas in each city. While the promised 1Gbps speeds were possible, we saw them more around the 200-400Mbps range. EE has eight 5G devices, from cheaper options like the Oppo Reno 5G and Samsung A90 to the Samsung Galaxy S10 5G to the Samsung Galaxy Fold 5G.

READ:  Tips To Attend The Most Successful Entrepreneur Networking Events

Vodafone launched its 5G service on July 3, 2019 in seven cities, rolling out to a further eight towns and cities on July 17. By year’s end, that had expanded to 31 cities and towns, including London, Glasgow, Birmingham, Cardiff, and a promised 7 additional towns before 2020.

Next up was Three, which launched a 5G service in London on August 19, however, there’s a catch – it’s initially only available for home broadband. The carrier’s planned late 2019 mobile 5G rollout was pushed back to early 2020 to ensure all elements of the network were built out.

O2 finally rolled out 5G service in October 2019 in London, Cardiff, Edinburgh, Belfast, Leeds, and Slough. The carrier planned to expand 5G to 14 additional cities by year’s end, including Bristol, Eton, Leicester, Nottingham, and Windsor. By summer 2020, the carrier hopes to grow this to 50 cities and towns.

Finally, Sky Mobile claimed it would launch 5G service by November 2019, but we’re still waiting for it.

5G speeds will vary between locations, countries, carriers and devices, but on the whole the average internet speed you can expect should be much greater than what’s currently offered on 4G.

We’ve been testing the first 5G networks in the US, UK, and Australia, and have found speeds to be a little bit of a mixed bag.

While some of the mmWave networks – most reliably, Verizon in the US – regularly provide over 1 Gbps as promised, their coverage is spotty and minimal. Sprint’s mid-band 2.5Ghz 5G service covers more area and reliably offers speeds in the 200Mbps, which is less impressive but still far superior to typical 4G LTE speeds.

In the UK, EE’s network maxed out at 550Mbps, but spotty coverage resulted in speeds averaging 200Mbps-400Mbps. 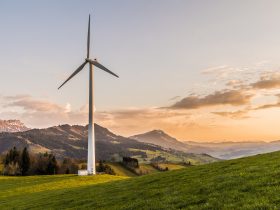 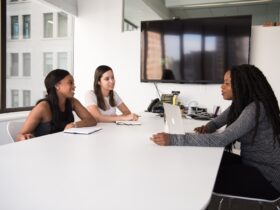 Role of AI in our lives (Top 5 Applications) 3 Best mSpy Alternatives You Can Monitor Phones With