According to DHgate, China’s most popular online marketplace, myyshop will be renamed a social commerce platform in June, making it the first of its kind in China. E-commerce, the business believes, will become more decentralized as a result of Generation Z’s preference for direct purchases made through social networking platforms.

New business models catering to specific markets and distinctive needs are being developed as a result of the advent of Generation Z in the e-commerce industry. With the rise of the creator economy and social commerce, we expect a surge in both consumption and trade in this new model. Generation Z is expected to play a major part in this, Wang said.

Table of Contents hide
DHgate’s market approach has evolved in light of these modifications
A cutting-edge SaaS solution for social commerce businesses
Emerging markets should take advantage of social commerce.
MyyShop’s latest features are what?

DHgate’s market approach has evolved in light of these modifications

A new logo, “Social Power Boosts Business,” and a new website have also been released by MyyShop. By using this logo, MyyShop hopes to project an image of “youthfulness, distinctiveness, credibility, and attractiveness,” and to demonstrate its pioneering spirit as a leader in the new social commerce age. New business models catering to specific markets and distinctive needs are being developed as a result of the rise of Generation Z. The creative economy and social e-commerce are both growing rapidly under this new paradigm, according to dhgate company CEO Diane Wang.

As a drop shipping service for influencers, MyyShop was started in 2020, but it has since added several new services, including an online shop builder. To assist customers in seeing trends and finding the right items, MyyShop has developed a short video analytics tool. Companies selling home goods may utilize the system to find influencers based on the products they offer or the countries they are situated in. According to Wang, the technology may use factors like the frequency with which influencers connect with their followers and the past viewer-buyer conversion rate to match items with the appropriate influencers.

READ:  How to Get Started with Automation Testing Without Coding

A complete Livestream commerce and educational platform have also been developed by MyyShop. Influencers may learn how to transform their popularity into money with our e-learning platform and we can broaden our reach to influencers throughout the globe, says Wang.

An effective supply chain solution and warehouse services are now available to MyyShop customers thanks to DHLink, the DHgate Group’s smart logistics technology, which has been in use since 2014. According to Oliver Wan, head of DHgate’s logistics division, DHLink’s AI-powered system and global network of more than 200 partners can tell its users whether to ship their products overseas directly or first send them to DHgate’s overseas warehouses, wait for buyers to make an order, and then deliver them to the destination, depending on data analysis such as the weight and price of a product.

DHgate’s top five markets are the United States, United Kingdom, Canada, France, and Australia, but the firm has witnessed rapid development in other areas. A Nigerian lady became victorious in the 2nd APEC Women Connect “Her Power” Entrepreneurship Competition, which attracted more than 100 participants from throughout the region. Participating organizations in this year’s competition, which took place in January of this year, required participants to promote items on social media networks including Twitter, Instagram, Facebook, TikTok, and personal blogs to be crowned the winner.

Wang, who founded DHgate in 2004, when there was no such thing as “cross-border e-commerce,” believes that emerging markets, even those with less developed infrastructure, have the potential to overtake developed economies because technology has greatly reduced the barrier for everyone to participate in social commerce.

The e-commerce sector in Southeast Asia is still in its “very very fledgling stage,” according to a CNBC story from May of this year by Jungle Ventures co-founder Amit Anand. Social commerce has a “far bigger” potential than conventional e-commerce, according to Anand, who also sees the need for digital tools in making this promise a reality.

A complete Livestream commerce and educational platform have also been developed by MyyShop. Influencers may learn how to transform their popularity into money with our e-learning platform and we can broaden our reach to influencers throughout the globe, says Wang. A total of 1.66 million registered internet influencers collaborate with MyyShop to promote its 4,000,000+ items.

MyyShop’s latest features are what?

MyyShop has released a series of new features to make it easier for social media content producers across the globe to monetize their visitors and realize their business potential. Even XianZhi is included on this list. A short video analytics tool driven by AI and big data technologies, AI lets customers keep on top of current social media trends and effectively choose and market the best-matched items. 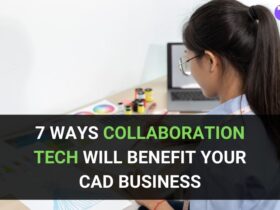 Top 10 Applications of Robotics In Industries 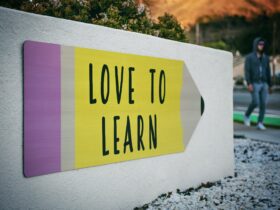 6 Best Apps if You Want to Learn Something New Google vs ChatGPT: The Battle to Rule Artificial Intelligence