Nintendo DS is one of the most popular gaming consoles. It was first released in 2004 and since then has sold over 150 million units worldwide. Despite its popularity, there are only a handful of legitimate Nintendo DS emulators. In this article, we will take a look at the top 5 best Nintendo DS emulators that you can use to play your favorite DS games on your computer or mobile device.

Table of Contents hide
What is an emulator?
Why emulators are useful?
How to use an emulator?
Tips for using emulators
Top 5 emulators for the Nintendo DS
1. MelonDS
2. NO$GBA
3. DeSmuME
4. RetroArch
5. NeonDS
Conclusion

What is an emulator?

An emulator is a type of software that allows one system to behave like another. In the case of Nintendo DS emulators, this means that they allow a computer to run Nintendo DS games.

There are many reasons why people might want to use an emulator. For some, it is a way to play classic or old games that are no longer available. For others, it is a way to experience new games without having to invest in a separate console. And for others still, it is simply a matter of convenience, as emulators can often be played on devices that are more portable than consoles.

Whatever the reason, there is no doubt that emulators have become increasingly popular in recent years. And with good reason: they offer a great way to enjoy your favorite games without any hassle.

Why emulators are useful?

Emulators are useful for a number of reasons. First, they allow gamers to play classic games on modern devices. This means that you can enjoy your favorite old-school games without having to track down an original console.

Second, emulators can be used to test new games or game prototypes before they are released. This is a valuable tool for developers, as it allows them to gather feedback and make changes before the game is officially released.

Finally, emulators can be used to improve your gaming skills. By playing against emulator AI, you can learn new strategies and techniques that you can then use when playing against real opponents.

How to use an emulator?

An emulator is a piece of software that allows one computer system to behave like another. Emulators are most often used to play old video games, but they can also be used to run operating systems and other types of applications. If you are looking for Xbox 360 Emulators then read this blog.

READ:  Cloud gaming with 5G network is the future of gaming!

Assuming you would like tips for using any emulator:

An emulator is a program that allows one computer system to imitate another. They can be used to play old games, test software, or run applications designed for another operating system. Many emulators are available online, and it can be overwhelming to decide which one to use. Here are five tips for using emulators:

Top 5 emulators for the Nintendo DS

The MelonDS Nintendo DS emulator is one of the best options for those looking to play Nintendo DS games on their PC. MelonDS is a free and open source emulator that supports all major features of the Nintendo DS including 3D graphics, sound, Wi-Fi, and game controls.

MelonDS is easy to set up and use, and it runs most games smoothly. The emulator also includes a number of advanced features such as save states, cheats, speed hacks, and custom button mapping.

Overall, MelonDS is an excellent option for anyone looking for a reliable Nintendo DS emulator. The only downside is that it lacks some of the more advanced features offered by paid emulators such as DeSmuME and NO$GBA.

DesSmuME is an open-source Nintendo DS emulator for PC. It was first released in 2006 and has been updated frequently since then.

DesSmuME is one of the most popular Nintendo DS emulators, due to its high compatibility with a wide range of games and its ease of use. It can be used on Windows, Linux, and macOS.

DesSmuME’s main features include: the ability to save and load game states, support for cheats, screenshot capture, and the ability to play games in both English and Japanese.

Despite being a free emulator, DesSmuME offers good performance and quality graphics. It is a great option for those looking for an emulator that can play a large number of Nintendo DS games.

RetroArch is one of the most popular and comprehensive emulators out there. It can emulate a wide variety of systems, including the Nintendo DS. With RetroArch, you can play both classic games and homebrew roms. The emulator also has a cross-platform compatibility, so you can use it on your PC, Mac, or Linux computer as well.

Assuming you would like an article discussing the NeonDS emulator:

NeonDS is a Windows-based emulator for the Nintendo DS. It is one of the most popular emulators, with a wide range of features and good game compatibility.

Some of the features include: support for Wiimote and Nunchuk controllers, cheat code support, save state support, frame skip options for smoother gameplay on slower computers, and the ability to play games in either portrait or landscape mode.

The emulator also has good game compatibility, with most games running well. There are some occasional graphical glitches with some games, but overall NeonDS is a great option for playing your favorite DS games on your PC.

As we have discussed above, these are the top 5 emulators for the Nintendo DS. They are all easy to use and have great features. If you are looking for an emulator, then one of these should be your top choice. Large collection of Nintendo Emulators is available here. 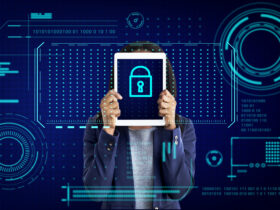 How to Protect Your Small Business from Cyber Attacks 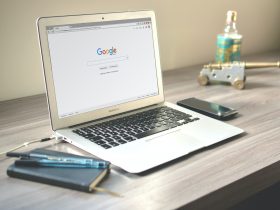 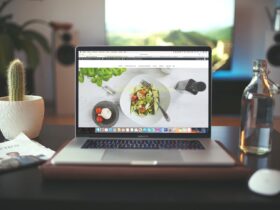 How Does Web Crawling Compare to Web Scraping ? Want to start an educational YouTube channel? Here’s what you need to do 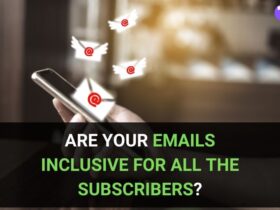 Are Your Emails Inclusive For All The Subscribers?