When it comes to playing games on your PC, there are quite a few options to choose from Action-packed, first-person shooter games with powerful graphics and massive explosions will provide you with hours of entertainment as you attempt to reach the top of the leaderboards.

But every once in a while, when need a distraction from the real world. It’s good to take it down a notch and enjoy something that doesn’t require much effort but still provides some satisfaction in the form of rewards or upgrades. Idle games fit this idea perfectly.

What is a game idle?

A game idle is an online game that does not require constant user interaction in order to progress. This type of game is usually played by allowing the computer to control the character or object, rather than the player. Idle games are often colorful and cute, with simple graphics and storylines. Many times, they are free to play and do not require a download.

What is the difference between an idle game and a clicker game?

An idle game is a type of video game where the player’s character does not have an objective or goal to complete. The player can leave their character idle and the game will continue to progress on its own. Idle games are typically low-stress and low-commitment, making them a popular choice for casual gamers.

Clicker games are a type of idle game that became popular in 2014 with the release of Cookie Clicker. Clicker games require the player to click on objects to progress, hence the name “clicker.” Clicker games are more challenging and engaging than traditional idle games, making them popular among more serious gamers.

If you want to develop an online game, employing any Android Game Development Company will be a perfect idea.

Realm Grinder is a simple clicker that has you clicking away at the ground to gather gold, then utilizing those resources to unlock buildings and upgrade them. Not only will buildings help you with basic upgrades like attack and health points, but unlocking more advanced upgrades becomes available as well.

One of the best things about Realm Grinder is that there is no wait time. You can play this game even when you have a few minutes to spare and do not want to start a new game or play a full-fledged RPG.

Besides, in this game, you will have access to hundreds of different upgrades and powerups for your heroes, which means that there are tons of upgrades and levels in this game. This is one of the main reasons why it has so many fans all over the world.

Cookie Clicker is one of the oldest and most popular web-based idle games. The aim is to bake cookies and get as many as possible from each batch. The game involves clicking a cookie with your mouse to add more cookies to your inventory.

Then, selling these cookies in bulk for money that you can use to buy upgrades to increase your click production. The thing about Cookie Clicker is that it doesn’t have much of a goal. You can spend hours on the game without having a specific task which makes it incredibly fun for people who like to procrastinate.

This high-end game is a must-play for any PC gamer. With enough levels and upgrades to last a lifetime, this title will keep you busy for hours.

Adventure Capitalist is a new kind of idle game. It is a browser game similar to Cookie Clicker but with an economic theme. You start with $100 and must earn money through investments, hiring workers, and completing various quests along the way. This may seem simple at first, but the game quickly ramps up in difficulty once you hit level 5 or so.

Instead of being a slave to your game like so many other clickers, you get to have fun while making tons of money. In Adventure Capitalist, anything you do makes you money, which means you can play as long or short as you want, and always progress in the game world.

Adventure Capitalist is a fun business simulator game where you play as an investor in the capitalist world. The game aims to earn enough money for yourself so that you can retire and live like a king. To reach your goal, you will have to start from scratch and work your way up until you become a multi-billionaire.

Clicker Heroes is amazing gameplay and a very interesting story! It’s much like most idle games but with a lot of differences. Clicker heroes have tons of upgrades, achievements, and amazing graphics. But one thing that makes Clicker heroes different than other idle games is that there are so many bosses to fight in this game. You start off fighting easy bosses, but then you go on to harder ones. The fight gets harder as you go, but that doesn’t mean it’s impossible to beat them!

There’s no story or reason to do anything you’re doing other than collecting gold and experience, which are used to unlock new heroes and make them more powerful.

A Dark Room is a minimalist, text-based RPG. You wake up in a dark room with nothing but a table, a chair, and a lamp. The game uses this simple setting to tell the player a compelling story without any graphics or animations. It has gained large popularity since its creation in 2014, with an average rating of 4 out of 5 stars on Steam, thousands of dollars in revenue per month, and thousands of followers on Facebook and Twitter.

A Dark Room presents an experiment that is both compelling and creepy. You start in a room with no doors – just walls, floor, ceiling, and bed. A typical room for a horror game, except there are no monsters or supernatural forces to be seen anywhere. There’s nothing to see at all except for one thing – a mysterious black door on the opposite wall from you.

Doge Miner is a popular game that can be played on your Windows computer by using the Adobe Air platform. In this awesome mining game, you will take part in an action-packed adventure where you are required to dig up and collect as many coins as possible within a time frame.  You will then use these coins to buy upgrades and reach further levels of the game. The graphics used in this addictive game are stunning and realistic, giving it that next-level feels that gamers want from their games today.

Play it as you would any other Minecraft game, but with a twist: you can mine and craft as usual, but with Doge. Craft items, armor, and weapons out of Scrabble Letter Blocks, Create Bridges across chasms, or dig deep down into the earth in search of precious stone ore.

Time Clickers is a cool idle game that lets you fight against time itself. The idea of the game is to sit idle and wait for your cash to come in. While you are waiting, simply upgrade your equipment, buildings, and heroes as soon as possible so that you can make more gold coins in the next cycle. As a matter of fact, this game is totally free and does not require any payment to advance through levels because it uses only idle mechanics.

Time Clickers is a clicker game in which you can build your army, fight with other players, upgrade your units, and more! Time Clickers is playable offline as well as online. It has nice graphics, good gameplay, and fun animations.

READ:  Your Guide to Successful Game Development – 6 Steps to Follow

Forager is a relaxing game, one of the best idle games for PC gamers. In this game, you start with a small number of workers and must find, or build (if you’re lazy), items that they can use to improve their mining and crafting skills. You then use those skills to create better tools, weapons, armor, and other useful things that will give your citizens more power over the land around them. Eventually, when you’ve got all the right tools, you’ll be able to defeat some bosses and save your people from their curse!

Forger is a game of strategy and chance. Using a combination of card and dice mechanics, players are challenged to collect the most points as they harvest goods, purchase upgrades and fend off threats in their journey across the world.”

Plantera is an idle game that challenges you to grow and manage your garden store.  Grow different plants, harvest them at the right time, process the gathered seeds into various products, sell them on the market and earn enough money to expand your business. Building new rooms in your shop will give access to new plants, tools, and other goods like decorations or potions.

Plantera is a hybrid between puzzle and role-playing games. The action takes place in a strange land where you have to use your logic to find the right way. The game has a lot of levels with intricate and finely detailed layouts, quests, and characters that are unique.

This is a game about cards. Creature Card Idle is a combination of a deck-building card game and incremental idle games. Build your dungeon, summon monsters, open treasure chests and evolve them into epic heroes. Invest your gold into various upgrades to make even better cards! You will be able to see the creature, and you will have to improve them, but do not forget that your main purpose is to get Idle coins to buy new creatures so you can get more Idle Coins!

People who play PC games can now relax, play and increase their productivity at the same time. Whether you are looking for simple and fun puzzle games, endless runner games, or adventure games, you can now learn how to play some of the best idle games that you can access and play on your computer. This article will help you find the perfect idle game for you.

What are some examples of idle games?

An idle game, as the name suggests, is a type of video game that can be played while the player is inactive. This could be while they are working or commuting, for example. The games are often simple and repetitive, but can be addictive. Some popular examples include Cookie Clicker and Farmville.

What is Idle Games For PC?

PC gaming is one of the most popular activities on the internet. Millions of people enjoy playing games on their computer, whether it be Solitaire or something more complex. However, there are a growing number of people who refer to themselves as “idlers” – those who play games primarily for the purpose of passing time without putting in a lot of effort. While this might sound like a bad thing, idle games can actually be quite addictive and entertaining.

What are free idle games?

No Doubt! Yes, they are if you like being idle for long. 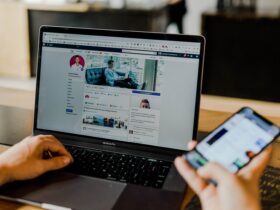 How to Know if You Need a Break from Social Media Google vs ChatGPT: The Battle to Rule Artificial Intelligence

How QuickBooks Accounting Software works efficiently for the Business Advanced Technologies and Their Daily Application 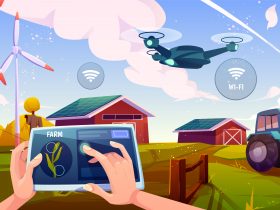 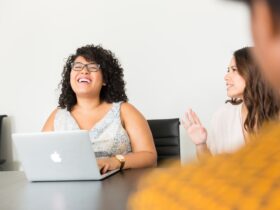 How to Choose the Best and Funny Workplace Names in 2022